Testing crosstalk - at both ends of the cable

In structured cabling, crosstalk refers to electromagnetic interference from one unshielded twisted pair to another twisted pair, normally running in parallel. Each pair works like an antenna; the pair carrying a signal is the transmitter and every other pair is a receiver. Like everything else, crosstalk is frequency dependent, so when carrying out testing on the cable, this must be tested over the full frequency range specified for the category of cable being installed.

It is at the connectors where crosstalk is most critical. In this article we will take a look at the crosstalk testing parameters at both the Near End (NEXT) and the Far End (FEXT) of the cable.​ 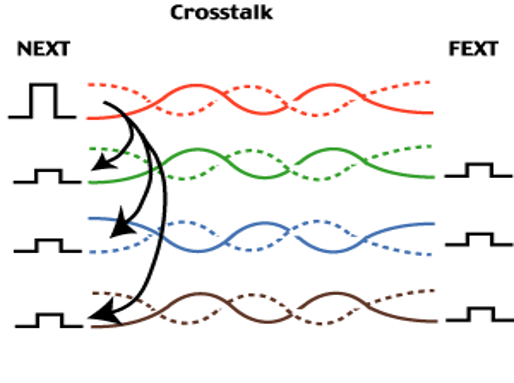 At the Near End


Near End Crosstalk (NEXT)

NEXT is a measure of the ability of a cable to reject crosstalk, so the higher the NEXT value, the greater the rejection of crosstalk at the local connection. It is referred to as Near End because the interference between the two signals in the cable is measured at the same end of the cable as the interfering transmitter. The NEXT value for a given cable type is expressed in decibels per feet or decibels per 1000 feet (as described above) and varies with the frequency of transmission. Cat 5e /6 testers measure crosstalk from one pair to all three other pairs and then compares it to the 568 specs, giving a pass/fail result. NEXT should be performed at both ends - the first 15 meters are the most important as the signal is strongest and there's more likelihood of crosstalk.

It is very important to keep twists as close to the terminations as possible to minimize crosstalk. ​Other reasons for a NEXT failure include: Cable ties are too tight; over-pulled cable; external noise; cable length too short, split pair, or a short cable with a far end connector problem. 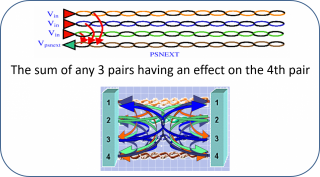 ​PSNEXT is a NEXT measurement which includes the sum of crosstalk contributions from all adjacent pairs as an algebraic sum of the NEXT of the three wire pairs as they affect the fourth pair in a four-pair cable. PSNEXT is calculated rather than measured. Cabling bandwidths in excess of 100 MHz (Cat5 cable bandwidth) make consideration of PSNEXT more important as Gigabit Ethernet through Cat6 uses all four wire pairs simultaneously and bidirectionally. The additional wire pair usage and growing bandwidth increases the need to keep NEXT in check. 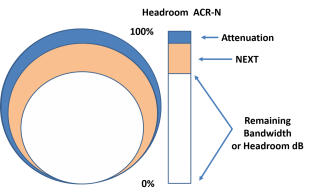 ​Attenuation to Crosstalk ratio (ACR) expresses the difference between the NEXT and attenuation for the pair in the link under test, in effect telling you how much bigger the signal is than the background noise. Many cabling vendors sell systems based on ACR-N performance. It is an expression of 'headroom', and a key differentiator between cabling systems.

At the Far End 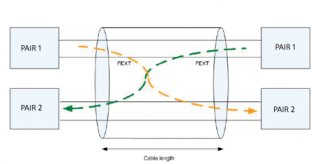 ​FEXT measures the interference between two pairs of a cable measured at the far end of the cable with respect to the interfering transmitter. Surprisingly, FEXT is never reported. Why? Because FEXT is directly affected by the length of the link. Due to attenuation, FEXT on longer cables is less than FEXT on shorter cables of the same type, therefore FEXT is proportional to the received signal strength. So to make a meaningful measurement on all types of links, we need to compensate for the affects of attenuation. 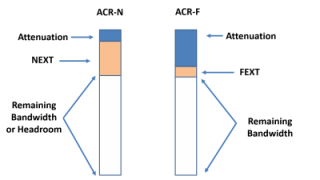 ​Previously called Equal Level Far End Crosstalk (ELFEXT) this is the computed ratio of the measured FEXT loss and the measured attenuation, so the equation is ACR-F = FEXT - Attenuation. Since ACR-F does not depend on length, it is used instead of FEXT to evaluate cable performance. Power Sum ACR-F is the combined crosstalk of the far end transmitter. 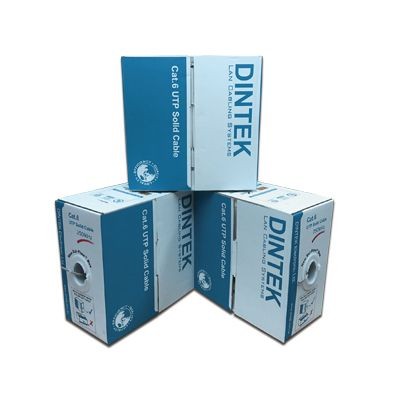 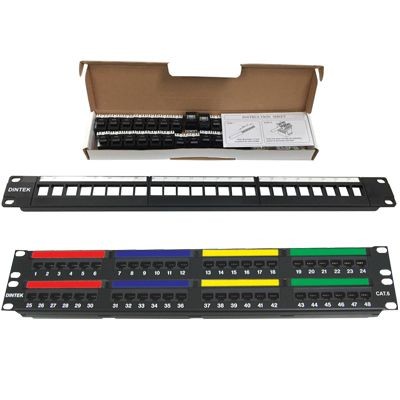 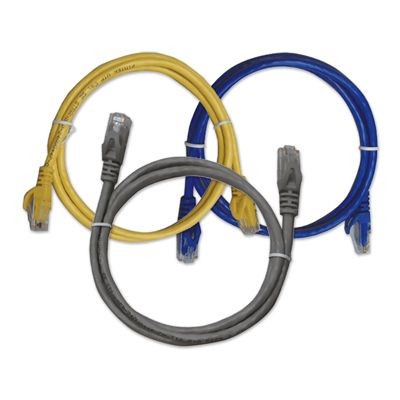 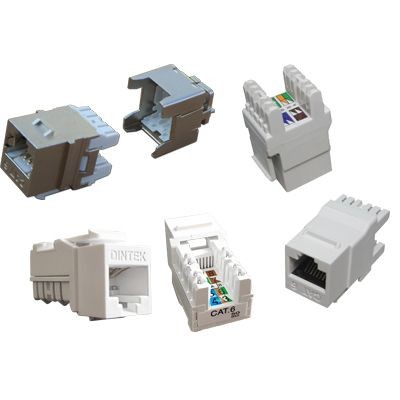 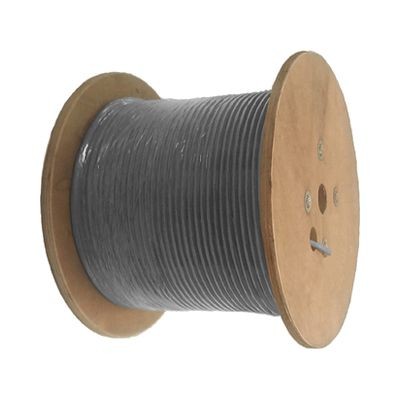 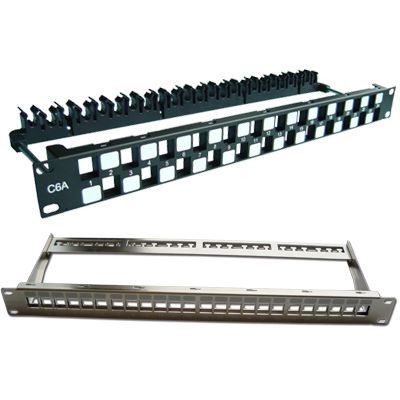 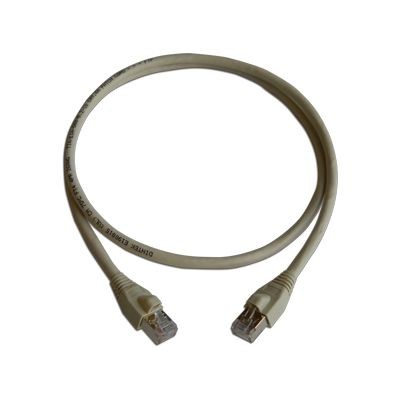 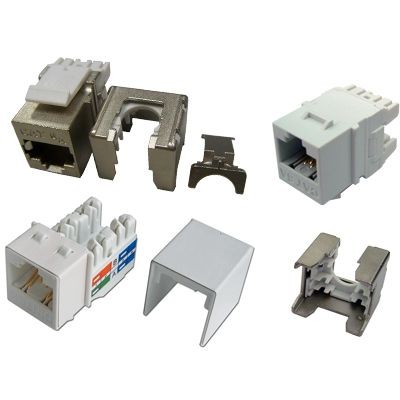