Screened or unscreened? We explore the options for Cat 6a installations

It's a popular debate in our current market deciding on whether Class Ea or Category 6a cable installations should be screened to support 10Gig Ethernet transmission. And it's a good question. We take a look at the advantages and disadvantages of both screened and unscreened cabling in this article and hope that it offers a better understanding for making an installation decision. 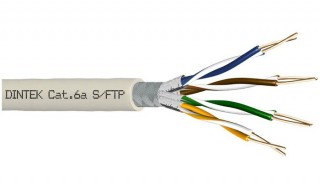 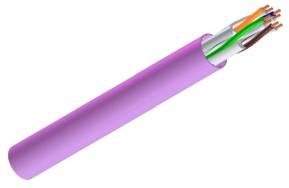 A global standard since the 1980s, screened and shielded twisted-pair copper cabling varieties are still a mainstay in some markets. While many markets have migrated largely to unshielded twisted-pair (U/UTP) cables, the ratification of the 10GBase-I standard for 10-Gbit/sec Ethernet over copper has re-established the commercial viability of screened and shielded systems, and has fueled greater adoption of these systems in markets that previously were UTP-centric.

It has been shown that the introduction of 10GBase-T in fact has a considerable impact on the selection of cabling. The increased sensitivity of 10GBase-T transmissions compared to 1000Base-T was clearly evident with unshielded cabling in terms of immunity against external interference. In 10GBASE-T applications, the noise source that most limits the ability to transmit 10Gb Ethernet over copper cabling is alien crosstalk. Because the 10GBASE-T receiver cannot compensate for the noise from adjacent channels, this effect must be cancelled out wherever possible by the cabling system to ensure reliable data transmission. This noise is measured as Power Sum Alien Near-End Crosstalk (PSANEXT) and as Power Sum Alien Attenuation to Crosstalk Ratio at the Far-End (PSAACRF). Both ISO/IEC 11801 Ed 2.2 Class EA and TIA-EIA-568-C.2 Category 6A require that crosstalk be measured in a 6-around-1 cabling configuration that takes into account the worst-case effect on a centre cable with six cables tightly bundled around it. A Category 6 U/UTP system will not meet the alien crosstalk limits required for 100 metres of 10GBASE-T transmission.

Following on from the introduction, there are a number of considerations to be made when deciding on either a screened or unscreened solution for your cabling solution, including the budget available; the performance of the cabling system; the electrical environment in to which the cabling will be installed (the level and type of Electromagnetic Interference (EMI); the type of cable containment; the proximity of data cables to power cables and the availability of adequate points of earthing within the building to be cabled.

In properly installed and bonded screened cabling, the foil screen within the cable prevents signals from coupling which reduces alien crosstalk well below the required limits. All the tests mentioned earlier indicate that screened cabling systems provide significant margin over the IEEE 802.3an-2006 specification for 10GBase-T PSANEXT and PSACCRF, thereby removing the need for time-consuming and complicated field-testing of alien crosstalk completely. Therefore ISO 11801 clearly states that alien crosstalk testing is NOT required for screened systems, making this a cost effective and also time effective choice. 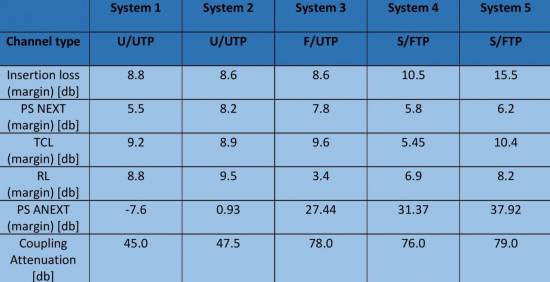 Performing a 100% alien crosstalk test in a cabling plant is impractical and virtually impossible in large cabling plants. Using the specified 6-around-1 method, the formula to determine the number of tests that would need to be run for 100% coverage is (n2+n)/2 where n is the number of links in the installation.

Findings from an independent test

​The key weakness of a U/UTP system comes about when you have a large quantity of adjacent ports loaded into patch panels, a fact that is highlighted within the measurement of ANEXT within ISO/IEC 11801 ed2.2 as by definition it does not meet the criteria of the infrastructure design element.

The impact of PoE

​As many of us now know, the use of PoE has the side effect of heating up bundles of cables. As the demand for higher levels of power increases, so does the level of heating; which in turn is one of the major contributors for the increase in attenuation. What many may not realise is the true extent of this and the fact that it differs between unscreened and screened cabling.

The performance criteria for the 100m Channel as outlined in EN 50173-2 is based upon it operating at an ambient temperature of 20˚C and for every degree over this level this distance should be reduced. The following formula provided in the above standard gives the rate of reduction for unscreened cables. In short for temperature increases up to 20˚C above the ambient the Channel should be reduced by 4% and for temperatures over 20˚C above the ambient, there is an additional 6% that has to be added.

​This could potentially have a dramatic effect to the performance of installed cabling as recent research shows that the level of heating can be significant in some cases 30-40˚C above the ambient. Again screened cabling performs much better, firstly research has proved it does not heat up as much as an unscreened cable and when it does the de-rating formula is much simpler as it is based upon 2%.

With all of the above in mind, we take a look at the differences and myths between Screened and Unscreened:

From all of the information given, it is evident that screened is best when considering a Category 6a cable installation. However, unscreened can be a viable option for those that choose to take that route, and for those that understand the implications as outlined above. One thing that is becoming clear, is that the number of companies choosing a screened solution is dramatically increasing across the globe, even in markets that have been firmly unscreened historically. This most likely is through better understanding and education of the two options and therefore making a more informed decision between the two.